Univ.-Prof. Dr. Edvin Turkof was born in Vienna in 1956. He graduated in 1982 as Doctor of Medicine and did his residency at the Deptartment of Plastic and Reconstructive Surgery, Vienna General Hospital (Prof. H. Millesi). Associate Professor 1996. In 1997 he was appointed to Associate Professor, and in the same year, opened his private practice.

His areas of expertise are:
Cosmetic Surgery, Surgery of the Peripheral Nerves, Breast Reconstructive Surgery and Microsurgery. 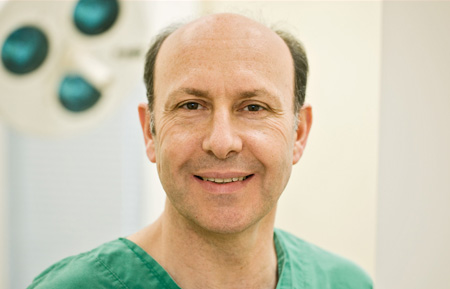 “It is a labor of love for me to give you an insight into the profession of a plastic surgeon and to provide you with important background information.”

Professor Turkof has authored numerous scientific publications and has led several projects at home and abroad (USA, Eqypt, Ukraine, India, Nepal). In 1993, he was awarded the Prize of the Indian Peat Society for Plastic Surgery and in 1994, the Bill Roth Prize of the Austrian Medical Association for his scientific achievements.

Professor Turkof remains at the top of his field through continuous and intensive international training in cities such as Chicago, Lisbon, Montpellier, Paris, Brussels, Munich, Garmisch-Partenkirchen, Tel Aviv and Bombay. This enables him to set new trends in Cosmetic and Microsurgery. In 1999 he introduced the vibrations assisted Liposuction in Vienna. In 2002, the correction of dark circles and tear trough deformity using the technique by Loeb, in 2005 lymphatic vessel by-pass against secondary lymphatic edema and in 2006 the Mid-face lifting.

Professor Turkof’s work has gained international recognition and, since the year 2000, he regularly holds educational lectures on cosmetic and reconstructive surgery at international conferences and workshops.

In 2008 he started working with Ms. Elis Sonnleitner to produce the 13 book series entitled “Encyclopaedia Aesthica” (www.enzyklopaedia-aesthetica.com). This compendium provides the reader with clear and detailed information on all cosmetic procedures including the risks and complications associated with plastic surgery. The Encyclopaedia Aesthetica is unique in that it has set new standards in the field of patient education.