Shaving reveals the anatomical details of the female sex, which shows the same diversity as any other physical features. With the increased visibility of the genitals, its appearance has become more and more important.

Oversized inner labia can sometimes lead to physical impairments. As was indicated in a study by Gress (2007), 23% of women listed functional reasons such as pain or rubbing when wearing tight clothing, sports, cycling and invagination of the inner labia during intercourse were decisive in implementing labiaplasty.

Whether aesthetic or functional reasons are in the foreground, almost all of my patients are asking that their inner lips are in an upright position, not visible and equal in size. To this end, the inner lips are usually reduced or aligned. There are also cases where the inner lips are not particularly large and still protrude significantly. This is due to the fact that the outer labia can be very flat and thus cover the vagina (vulva) less than usual. 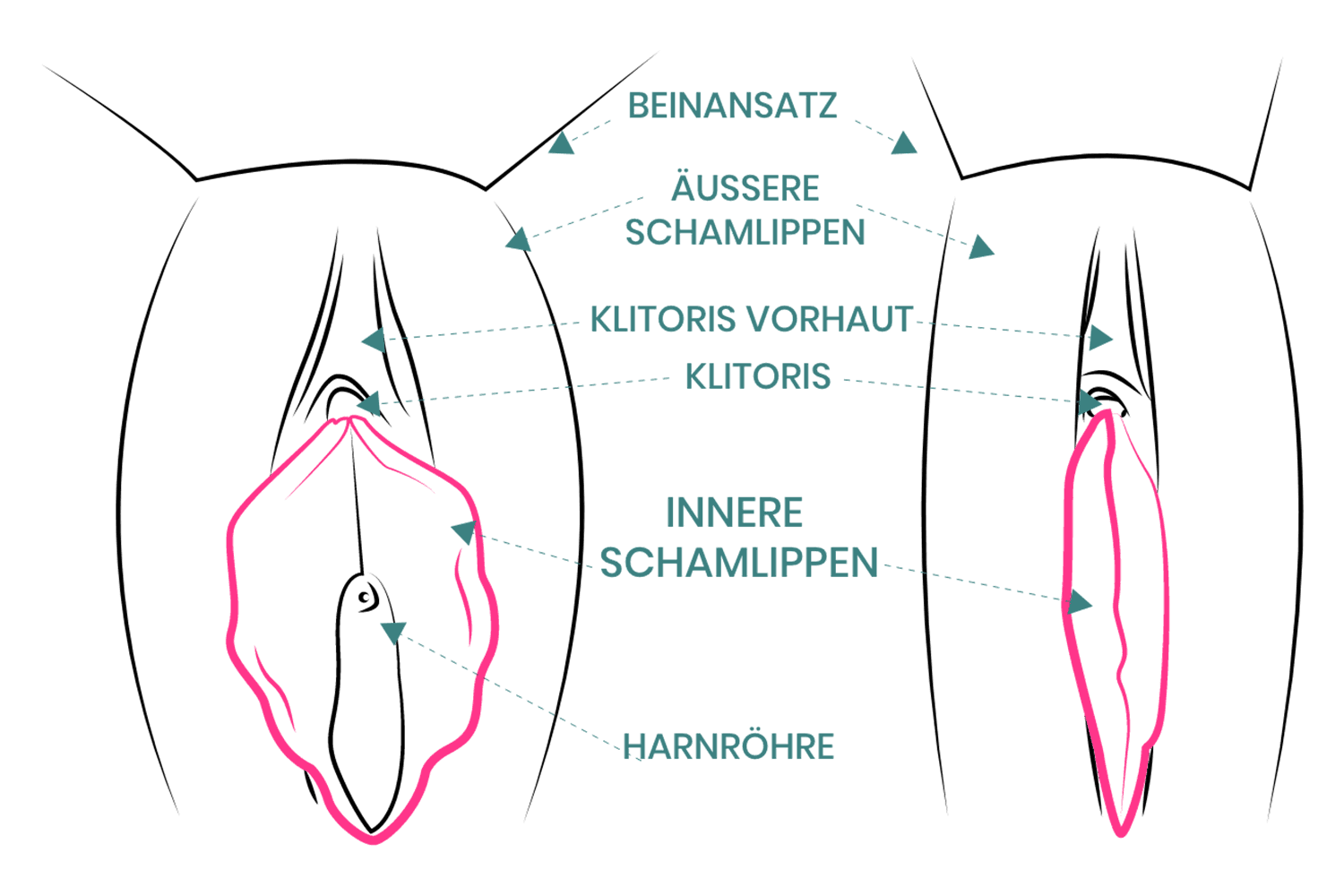 In assessing the problem the following priority issues must be considered: Are the outer labia too small, are the inner labia too large, or do both cases occur?

Enlarged inner labia can be aligned, reduced or removed completely depending on the patient’s wish. If, in addition to the correction of the labia minora, a coverage of the vagina is also desired, the labia majora can be increased accordingly by use of autologous fat transplantation.

Although labiaplasty essentially “only” removes excess skin, this procedure should by no means be underestimated. The amount of skin to be removed must be well marked before the operation because, due to the high elasticity of the inner labia, it can easily lead to unevenness.

I am of the opinion that the correction of the labia minora, has the same “legitimacy” as any other cosmetic surgery. All cosmetic surgeries are equally necessary and unnecessary. If a woman feels her labia is a nuisance, then she should be able to talk openly about it, unencumbered and without pressure, with her plastic surgeon or gynecologist.

The reduction/removal of the inner labia has nothing to do with the circumcision of women or the removal of the clitoris. Work of this kind must be condemned by every reputable doctor and also of everyone in the strongest terms.

In a labiaplasty, the clitoris, clitoris foreskin and any existing hymen (hymen), remain untouched!

1. What is a Labiaplasty?

Labiaplasty refers to changing the external appearance of the internal and/or outer labia. The language currently used is above all meant to describe the reduction of the labia minora.

2 .What possibilities are there for correction of the inner lips?

Inner labia can be aligned, reduced, or completely removed if desired.

3. What are the possibilities for correction of the labia majora?

Outer labia are usually enlarged with autologous fat to cover the inner labia or the vagina better. Sporadicaly oversized outer labia can also be reduced.

4. Is labia correction purely an aesthetic surgery or are there also medical reasons for it?

Basically it is a correction in cosmetic surgery, but there are also functional reasons such as pain or rubbing when wearing tight clothing, sports or cycling, and invagination of the inner labia during sexual intercourse.

5. Does health insurance cover the costs of the surgery?

Since this is usually an aesthetic surgery, the social security institutions do not cover the costs for the operation. When asymmetries or functional problems exist, after consulting with the medical superintendent/chief physician of the health insurance, the surgery is generally approved.

6. Is the surgery performed under local or general anesthesia?

Labiaplasty can usually be performed under local anesthesia. About 50% of my patients opt for a general anesthetic for comfort reasons in order not to witness the procedure.

7. Can the hymen be broken during a Labiaplasty?

During correction of the inner labia the hymen remains intact.

8. During Labiaplasty can the clitoris be damaged?

In all variants of the labia correction, the clitoris and clitoral prepuce remain unchanged of course.

9. How long is the recovery period after a Labiaplasty?

Wound healing is generally concluded after two weeks. One must take care to keep the genital area hygienic after the operation, (sitz baths after defecation, irrigation with dilute povidone-iodine solution or Camillosan after urination, etc.). Sexual intercourse should be avoided for at least four weeks after the duration.

10. What complications can occur?

In experienced hands, complications are extremely rare. They concern mostly the result of (too much, too little or unequally removed) and remain without any health consequences. Medical complications are bleeding, infection or wound healing disorders which also rarely occur.

Labiaplasty should always be performed in an ISO-certified operating room of a hospital.

Please note that the results may not be over 10 days old at the time of surgery. Please bring the X-ray and all the findings for surgery to the hospital.

Aspirin, Thromboass and similar anticoagulants should not be taken 14 days before the procedure. If necessary, a conversion to Heparin can take place.

Please come 2.5 hours before the procedure to the hospital on the day of the surgery and sign in with the porter. After completing the admission formalities you will be placed in your room. On request, you will receive an infusion, which reduces your thirst.

Labiaplasty performed under general anesthesia requires an overnight stay in a hospital.

Enzyklopaedia Aesthetica, the patient guide for Aesthetic Surgery
Everything worth knowing about "Labiaplasty".